Controlling what people can and can’t see is an act of governance, and legitimate governance requires user control over it.

In our biweekly series, we try to reveal some of the thinking behind Aether, what is beyond the immediate mechanics of the machinery that is the source code. The code is half of the deal, and it’s on Github, it’s the how. This blog is the other half: where we make an argument for the why.

Today, the argument I’d like to make relates to one of the two core tenets of Aether; moderation. Moderation is not just the control of content you see (i.e. the black box algorithm as other networks call it), but also the shape of the network as it is designed, what it assumes, what it avoids, what it prefers you do. It is a topic that appears deceptively small: ultimately, any social network can just pay for more moderators to solve it, they just don’t want to pay, right? Eh, maybe, but also not really.

I’m going to foreshadow it a little here: I believe the only internally consistent modus operandi for a social network is that of a sovereign state, because it has to apply decisions on its people, and those decisions have to be consented to by its users. This acceptance has to be real consent, with the ability for the users to be able to say no, and not get kicked off. [1]

If that sounds like it’s a mighty fine jump from moderation to statehood, you’re not alone. You could also say I’m biased, since 50% of the philosophical footing of Aether is based on sovereignty, and that, I admit, would be a fair charge. Nevertheless, here’s my thinking.

Oedipus the King, and the mother of all spoilers 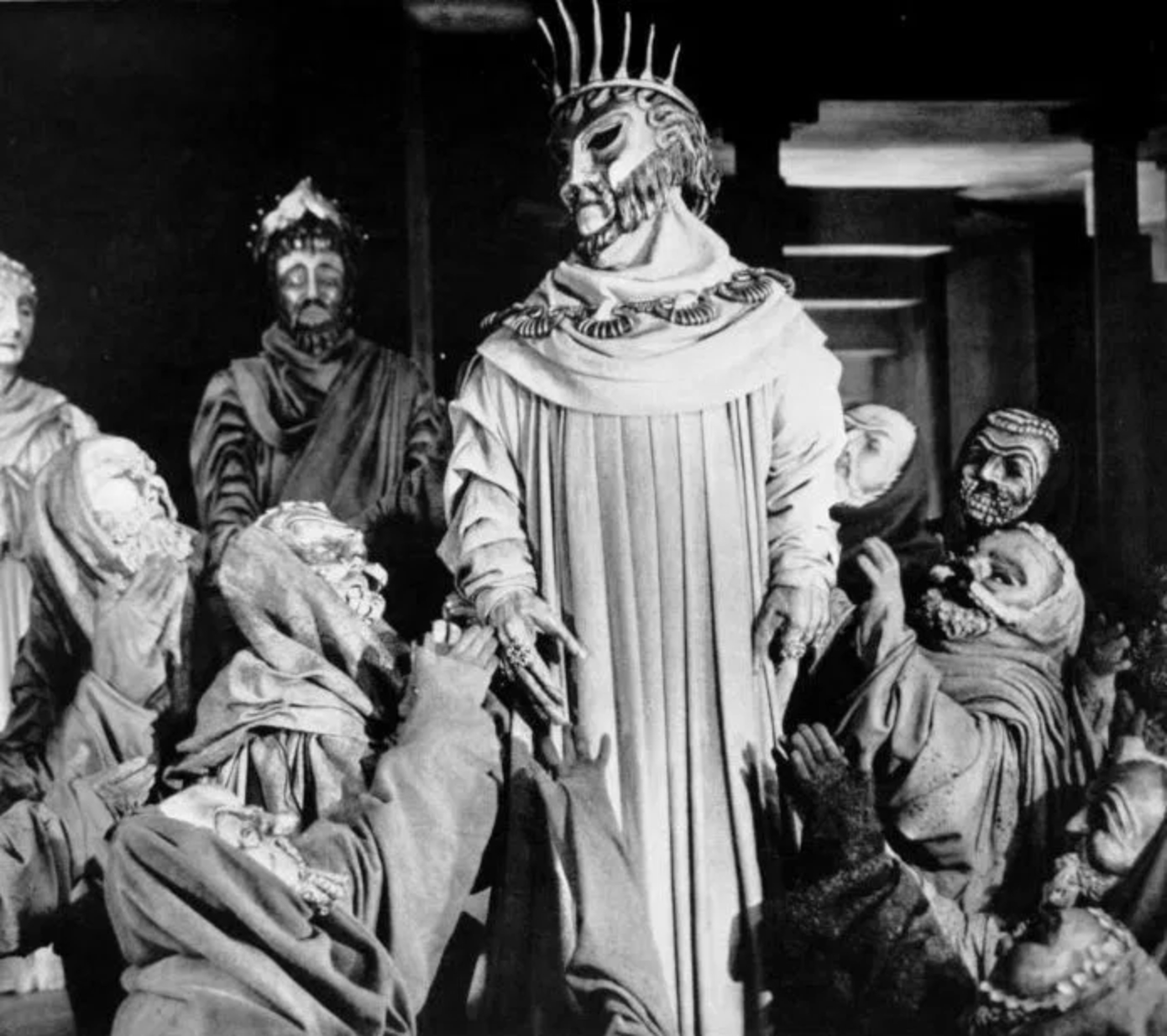 Oedipus, our hero, is a ruler. To be more exact, he is a tyrant. Mind that this word does not mean what most people think it means — it does not mean a leader that you happen to not like.

A tyrant is a ruler that has come to power without a precedent, or anything that entitles it to that position. It’s a neutral word, and it does not imply that he or she treats people badly. On the opposite, a king is a ruler that has a constitutional right to be there: a king is a legitimate ruler because a king ascends to the throne based on certain rules that are societally agreed upon, whether be it based on birth order, or whose son you happen to be, or something entirely else, like an election (foreshadow!). It does not matter what the exact rules are, nor does it matter that our 21st-century sensibilities find the particular rules offensive; it only matters that there are some. In short, a king has consent of the governed because a king, by definition, is a ruler that rules because he has consent; consent that he has gained by following the rules set by the society over which he presides. A ruler who does not himself or herself follow the rules to gain consent is not a king but a tyrant.

Back to Oedipus, the tyrant of our bronze-age Greek city. He is in fact an admirable person: a good ruler of Thebes. Nevertheless, things happen, and to tell that things go sideways for him from this point on would be an understatement. In the end, our tragic hero, Oedipus the tyrant, discovers that he is, in fact, Oedipus the King, and the only way that this would’ve been possible is … that he had unknowingly married his own mother, a discovery made long after the fact.

But the tragedy of Oedipus doesn’t end here. After a brief intermission of about twenty-and-some centuries, some Englishmen with questionable decision-making skills translate it to Queen’s English: they decide to call the story, entitled Oedipus Tyrannos, as Oedipus the King, which then becomes the accepted name for it everywhere, spoiling the story for any and all readers in perpetuity. 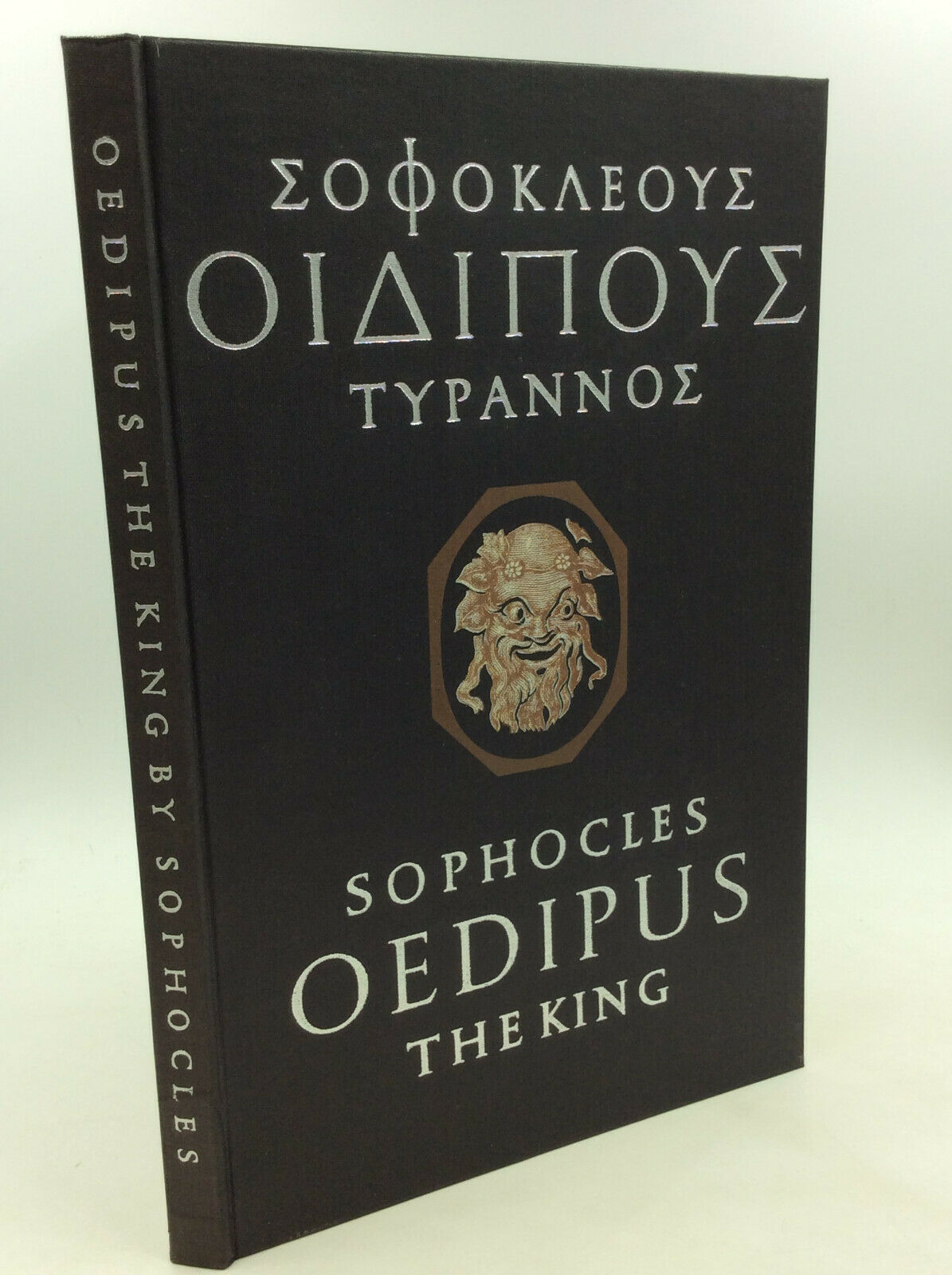 It’s like translating Game of Thrones books to your local language and calling it “Game of ███’s Throne”.

But I digress. The core point here is that, even 2450 years ago, it was accepted that the only way a government would be legitimate is that they would have the consent of the governed, to the point of it being used as a plot device, and the climax of the story. You can’t do that if the only people who would understand this would be the tiny-in-numbers elite — Oedipus Tyrannos was and still is one of the most popular plays of all time.

One thing to note here is that I’ve chosen this particular, ancient example to show that consent has in fact nothing to do with democracy; consent is what makes any type of rule legitimate, not the other way around.

This is not an argument for going back to an absolute monarchy, fun as it would be to attempt to make. This, however, is a question for you to ask yourself: when you open WhatsApp today and see the new ‘we’re going to rob you of even more of your privacy’ full-page pop-up with only the ‘Accept’ button, what exactly are you feeling? Violated? Deceived? Forced against your will? Resigned?

What if I told you there’s a simpler way to express all that?

That is, you did not give consent.

You were held over the barrel of a gun, and you were told to either, a) accept the new deal, b) commit digital suicide yourself or be digitally killed by the platform.

One could argue that it’s their property and they can do whatever they want to you as long as you’re in there… but that’s not even true in real life, isn’t it? Sure, if you’re in somebody’s home and if you don’t agree to their terms, you’ll be asked to leave. But what if what the landlord owns is not a house, but 85% of the land of your country, including every major city, every big town, every park, every forest, including your own house?

There is a threshold beyond which space becomes public space, even if it is privately held, and unfortunately, today’s platforms that you use to talk to all your friends are acting like literal feudal lords, threatening to cut you off from your girlfriend, boyfriend, mother and father if you don’t comply to their increasingly onerous, dehumanising terms.

And this is why we’re building a decentralised platform where the only things that happen to you, and the only people that can modify what you see (both in moderation and in the algorithm sense), are those that you have given consent to do so. If you don’t like something you’re not kicked off the platform, because you are the platform.

In another, more technical view, Aether is an open source app, it pulls the raw social network data from the P2P network and then it compiles it locally, based on your choices, things, and people you’ve given consent to for moderating what you see. If you don’t like a moderator of a community you like, just disable that mod — and the effect of their moderation, deletes, approves, anything they do, is gone, as if it had never existed. This is only possible because the compilation is local, and you have full sovereignty over how that data is built into a network you can browse, and neither are you forcing your choices upon others. Likewise, if you don’t like the algorithm, just change it, choose from the available ones, or build yours and import it in.

See you in two weeks in Part II, where we talk about how the user consent and user-controlled moderation applies to the decisions we make.

[1] Incidentally, this is why GDPR has been such a big deal. Consent boxes for cookies existed long before GDPR came into existence. What GDPR did that is novel, is that it makes a distinction between “consent” in air quotes, and real consent, where you can say, “no, I don’t want your cookies”, and still stay on the website. Consent gotten by holding people’s digital lives at the business end of a shotgun is not real consent because it’s a decision made under duress.